An Impression of the Evening

On October 31, the Annual LNVH Affiliates’ meeting took place in museum De Hermitage in Amsterdam. The theme of this year’s meeting was Influence and Power: Women in Leadership Positions. The LNVH was delighted to welcome three inspiring speakers: Annabelle Birnie, Mirella Visser and Julia Wouters. As women in leadership positions, each speaker had a personal connection to the theme of the evening. 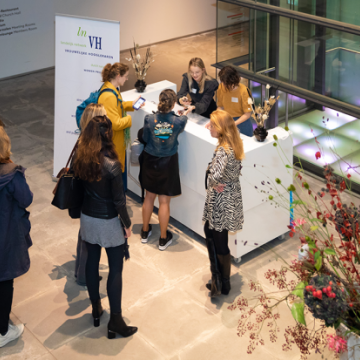 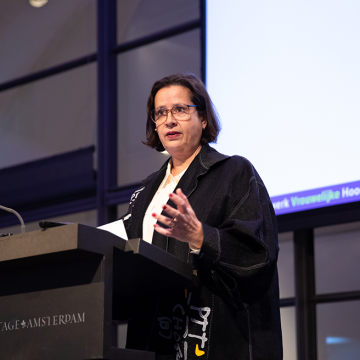 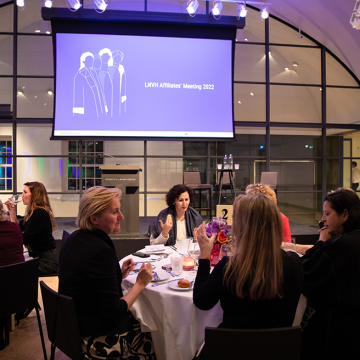 Singer, composer and creator of films and theatre Rajae El Mouhandiz opened the evening with an impressive introductory keynote about her childhood role models: her mother, her grandmother and her ballet teacher. These women have taught her the importance of hearing a variation of stories from and about different women. El Mouhandiz talked about many other interesting women and their (often unrecognized) impact on our modern world, and explained how they are all part of her personal story. Anna Maria van Schurman, the Pink Chaabi and Mona Eltahawy were just a few of the names she mentioned.

El Mouhandiz was also the moderator of the evening. After her introductory keynote, she introduced the first speaker: director of museum De Hermitage and exhibition centre De Nieuwe Kerk Annabelle Birnie. Birnie shared her vision on and experiences with leadership in the cultural sector. In the past years, she dealt with a pandemic, the consequences of the war between Russia and Ukraine that lead to a break with the Russian Hermitage, and a gas crisis. She did this all while working in a still man-dominated world, where only six percent of the directors are women. Birnie emphasized the importance of good leadership and the ability to switch from one leadership style to the other depending on the situation, and shared that the support of other museum directors is vital during this tumultuous time. 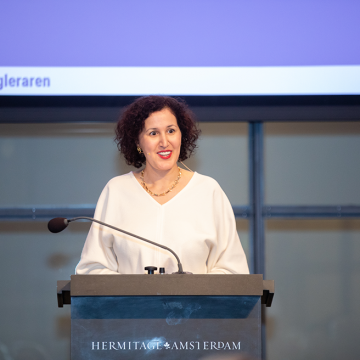 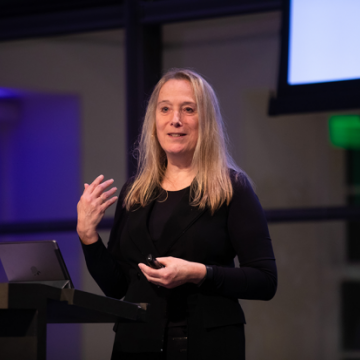 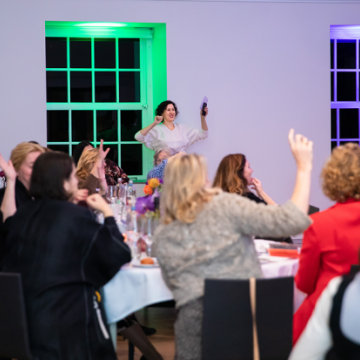 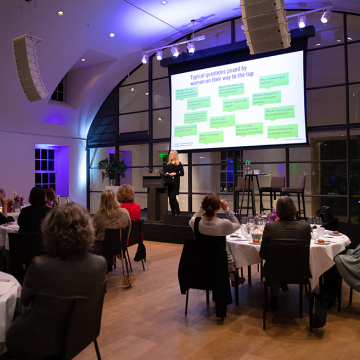 Birnie’s talk was followed by a keynote speech by Mirella Visser, who shared her personal view on women in leadership positions. Visser discussed multiple challenges in the advancement of women to top positions, such as role expectations, stereotypes and gender bias in HR policies. She pointed out that such challenges are present both at the societal and organisational levels as well as on a personal level, and that intervention is therefore complex. Visser commented on the difference between power and influence and stated that women have a different relationship with each of these words, often reacting more positively towards ‘influence’. She ended her talk by sharing her idea of the leaders of the future: they create an inclusive environment, build gender responsive organizations and include gender as source of innovation.

As the evening progressed and dinner was served, the affiliates had the pleasure to listen to political expert Julia Wouters. Wouters approached the topic of women leadership from the political perspective. She made the affiliates aware of the common gender stereotypes in the political system. Wouters used the example of Hilary Clinton being accused of ‘not looking like a president’, because all American presidents so far have been men. By showing a large collection of scenes in which women ask: “what do we do?”, she also made the affiliates aware of the portrayal of gender stereotypes in movies. Furthermore, Wouters talked about how gender bias can lead people into the likability trap, and how that trap can prohibit women from acting true to their authentic self. She ended her talk emphasizing the importance of women in leadership positions empowering each other. 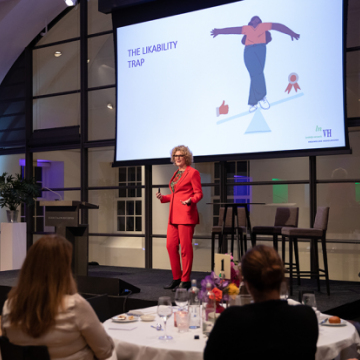 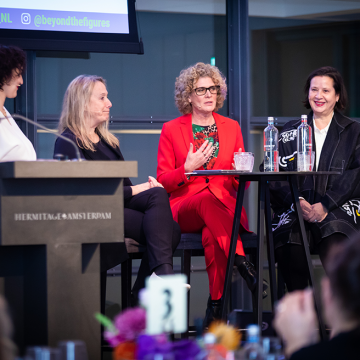 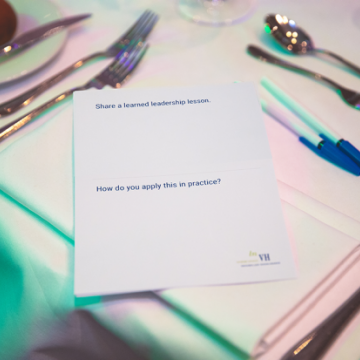 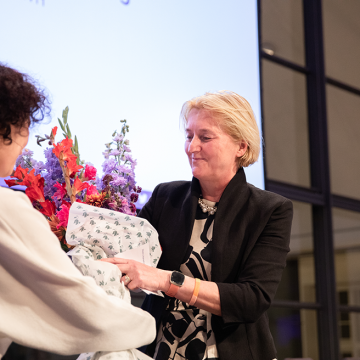 In between these interesting talks, time was reserved for the invited speakers to debate women leadership under moderation of Rajae El Mouhandiz. The questions of El Mouhandiz and the audience provoked a lively debate on how to deal with being seen as too direct or too strict as a woman. The importance of being able to adapt your leadership style was also discussed, and related to the importance of staying true to yourself.

During the event, the affiliates had plenty of opportunity to catch up and network while enjoying drinks and dinner. All together, the affiliates’ meeting was an inspiring event.

The average percentage of women professors at universities in the Netherlands is 26.7%.