On April 22, the LNVH medal was awarded to prof. dr. Angela Maas. Maas is professor of Cardiology for women at Radboudumc. Maas was presented with the medal on the day of her farewell speech.

The Dutch Network of Women Professors (LNVH) awards this honorable recognition to individuals or institutions that have made an outstanding contribution to improving the position of women in academia and to an inclusive academic culture. It is the seventh time that the medal, which was minted in a very limited number when the LNVH was founded in 2001, is awarded.

Maas receives the medal for the inimitable way in which she has committed herself to putting gender-sensitive medicine and the attention to heart diseases in women on the map, both in their treatment and in the training and education of cardiologists.

She has fiercely and fearlessly campaigned the advancement of women in academia in general, but also in particular for improving the position of female cardiologists and raising awareness for cardiology for women. She is therefore of great significance for both the development of her field and the societal attention for this long-neglected topic that is literally of vital importance.

View the presentation of the medal to Angela Maas:

About Angela Maas
Angela Maas is a cardiologist and the first professor of Cardiology for Women in the Netherlands. She is an expert in women's cardiovascular disease and the role of female hormones on the vascular system, and is a pioneer in research into the differences between men's and women's hearts. Maas studied medicine at the University of Groningen. She specialized in cardiology at the Sint Antonius Hospital. She then worked in the Isala clinics in Zwolle and the Radboud UMC in Nijmegen, among others. In 2003 she started a cardiology consultation especially for women. In 2006 she obtained her doctorate at Utrecht University for research into calcium deposits in the blood vessels on mammograms. Since 2012, she has been professor of Cardiology for women at Radboud UMC. In 2014 she founded the research fund 'Heart for Women'. In 2019 she wrote 'Heart for women/Hart voor vrouwen', in which she highlights specific heart complaints of women; even in 2022 in much literature and research, the norm is still the man. Maas was a board member of the Dutch Network of Women Professors from 2014 to 2019.

The LNVH medals
Previous LNVH medals were awarded to professors Bertien Collette, Els Goulmy and Tineke Willemsen, former minister of Education, Culture and Science Maria van der Hoeven and former Minister Bussemaker. Last year the medal was awarded to the TU/e for the daring way in which the TU/e ​​designed and implemented the Irène Curie Fellowship and persevered in the face of adversity. View the presentation of the medal to TU/e Rector Magnificus Frank Baaijens here. 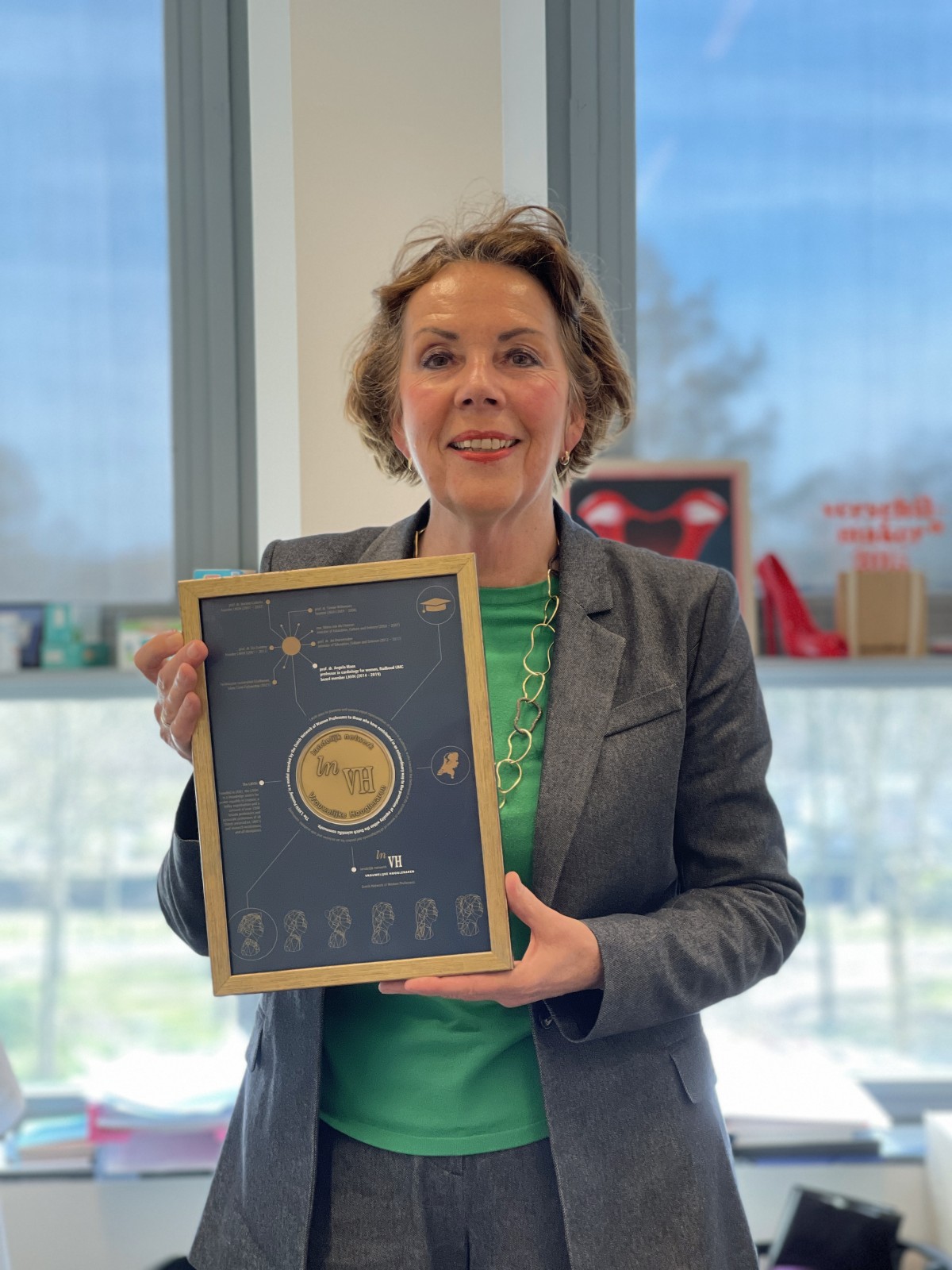 For the first time in the history of academia in the Netherlands, one of every four full professors in the Dutch universities is a woman.